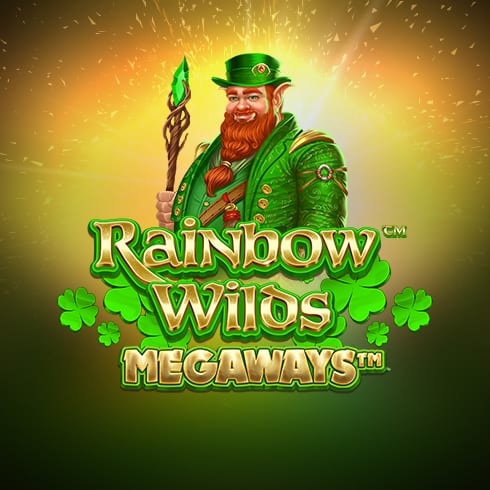 Predictably, Rainbow Wilds Megaways slot is an uncomplicated play, and you would be raking in the wins in no time. Moreover, NetBet Casino is readily available to move you through the workings of this online game. Upon starting the game, it's imperative that you decide the amount you are willing to stake within the range of £0.10 and £50.00. Having made your betting decision, you can begin your journey by clicking on the spin button. Meanwhile, you have the autospin feature to fall back upon, in any case that you choose to kick back to relax. Isn't that fun?
Features and Benefits
From the name, it is no surprise that Rainbow Wilds Megaways slot is quite colourful. And its fascinating graphics is certainly one to look out for, as it gives an eerie, albeit charming feeling of a magical forest. With many more expected to be said about the enticing colour and hue, the accompanying soundtrack just caps off what already makes a fantastic design. And you can start Rainbow Wilds Megaways here on our top-rated NetBet Casino. However, you could give it your first shot with the demo option at your beck and call.

Rainbow Wilds Megaways slot has six reels, and quite typical of the Megaways system, there are 117,649 ways to win. With the right combination on these reels, you would, in no time, be smiling all the way to the bank. Interestingly, the volatility of this slot is of the high variance, and the Return to Player ratio stands uncharacteristically low at 95.8%. However, it must be said that when the wins come, they come in relatively huge. In fact, you could be on the way to win 12,000 times your stake with this fantastic slot.

Bonus Features
Unsurprisingly, Rainbow Wilds Megaways slot is not bereft of the lucrative bonuses that would have you fixated on your screen all day long. Firstly, the cascading reels is strongly vying for the spot of the go-to feature in recent online slots, and it was rightly employed in this one. Whenever a winning combination of symbols lands on the reels, the winning symbols disappear, and they are quickly replaced by new symbols, which drop into the vacant pots. That said, it's worth noting that if new winning combinations are formed by the arriving symbols, the main bonus round could be triggered.

In terms of the wild symbol, Rainbow Wilds Megaways slot is an exception rather than the norm, as it boasts three different types of wilds; the regular wilds, the Mushroom wilds, the Sticky wilds. The regular wild appears during both the base-game and bonus round, with a one-time multiplier bonus. The Mushroom wild can also appear during the base-game and bonus round, albeit its appearance is limited to one symbol, and reels three or four. It functions by increasing the multiplier of any available regular wild by 1x. Lastly, the Sticky wild is only seen during the bonus round, where its 1x multiplier bonus progressively increases with each winning cascade.

Rainbow Wilds Megaways video slot is fully suited for seamless play on all kinds of mobile devices, a quality that often goes under radar. However, you would be in the need of a top-rated online casino, and NetBet Casino takes the berth here. So, let's help you get it on.

With the absence of a scatter symbol duly noted, activation of the Free Spins feature takes an interesting turn, or perhaps tumble. During the base-game, and in the event of four successive cascades, you're rewarded with eight free spins. Interestingly, two additional free spins are awarded with each subsequent cascade.
Verdict
Rainbow Wilds Megaways slot is an absolute upgrade on the previous release, and it looks set for a path different from its predecessor's. Get started now on NetBet Casino, and be a part of this brewing success story.