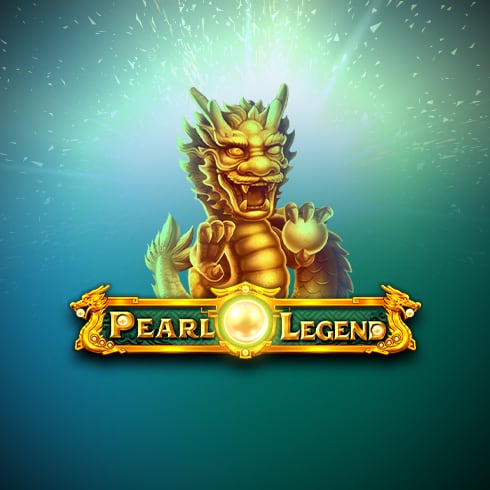 To begin, search for the Coin symbol on the right side. Clicking on it will bring up a new window where you may change the coin value. You'll see how the total bet size changes all at once. The Pearl Legend: Hold & Win slot has the basic features featured in nearly all current slots, such as auto-play with up to 1000 spins. You may also use the speaker symbol to control music. On the other hand, the info button assists you in becoming acquainted with the symbols and functionalities.

The Pearl Legend Respins, also known as Hold and Win, are crucial to the action and are activated when five or more Pearl symbols appear anywhere in view during the main game. The triggering symbols will then be locked in place, and players will be sent to the bonus game, which will begin with three Respins. Only Pearl symbols and Reel Boosters may land on the reels during the Pearl Legend Respins, and each Pearl symbol has a random monetary value ranging from 1x to 1,250x connected to it. When a Pearl or Reel Booster sign appears on the grid, the amount of Respins is reset to three.

The Wild icon may not be tied to a Pearl Legend: Hold & Win extra feature, but it is still a handy unique symbol. The Wild emblem, which resembles a Yin Yang sign, replaces all regular symbols. It assists users in creating winning combinations. The Pearl icon (Bonus icon) will assist you in activating a bonus feature here. The Pearl Legend Respins feature is activated when five or more of these icons appear on the reels. So there isn't a Pearl Legend: Hold & Win free spins feature, but this one has the potential to be even better. You'll get three respins, and any fresh Pearls that land on the reels will stay in place and restart the respins. You can also strike Gem icons during this extra function. A booster is activated when three gems of the same type are collected. Blue Gems, for example, will open one, two, or even three extra rows. Green Gems will then increase the landed values. You may also gather three Red Gems, which will provide you an additional respin. You will increase the multiplier level thanks to the Purple Gems.

In terms of Chinese themes, Pearl Legend appears to be expected. The six pictures we see are standard in such games, as we see Yin Yang signs for wilds, a Pearl as scatter, and premium images with the Dragon, Phoenix Bird, 3 Gold Coins, and Frog. The Royals are depicted in the other four base-paying pictures. When everything is considered, it is a standard appearance for such positions. The action appears to be taking place in a temple, where we observe a live Dragon holding a pearl in its claws on the left side.

This online slot has a high potential payout percentage. To be more specific, the RTP for Pearl Legend: Hold & Win is 96 percent. There is no information available on the slot's volatility.

Taking everything into account, Dragon Pearls: Hold & Win is a solid slot, but not the most enjoyable game Booongo has to offer. The 2019 edition boasts sharp images and a suitable soundtrack, while the additional features included provide more than enough chances for excellent winnings. The Free Spins feature isn't as thrilling as we had hoped, but the Bonus Game is jam-packed with action and excitement. Unfortunately, there are other games with a similar theme. Thus, the Booongo offering will struggle to distinguish out.