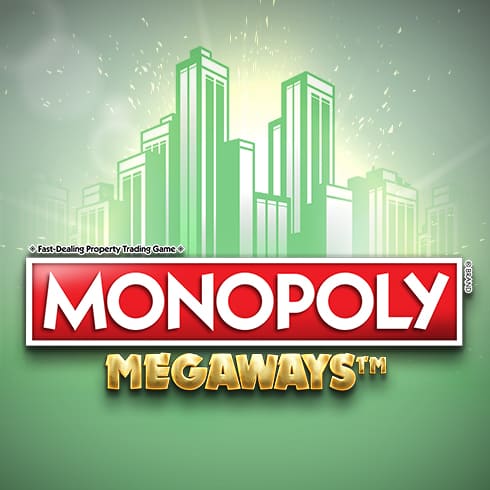 How To Play Monopoly Megaways Slot

Those of you who have played the Monopoly board game will know the high-paying regular symbols that may be discovered on the fields as you roll the dice. For example, the Car, Top Hat, Ship, Dog, and Car are all made of gold, while the M sign (representing Monopoly) is the Wild that will replace all other symbols. Playing cards, of course, are utilized for low-paying symbols. There are no Scatters on offer since you must gather homes on the fields to activate the function. Mr. Monopoly will be around to keep you occupied and will move across the board whenever you win. The new 2019 version has six reels and up to 117,649 ways to win. The Megaways game engine allows for up to 7 cells to display on a single reel. The Reaction feature replaces winning symbols on the reels with fresh ones. Wins raise the win multiplier, which resets after a non-winning spin.

• Reactions Feature: Monopoly Megaways benefit from the responses feature, which can be found in all Megaways slots. When you produce a winning combination, the winning symbols fade and are replaced by new ones. This helps you to get a lot of wins out of one spin. Then, starting with reel one, winning combos are generated. That's a fantastic way to get started!

• Reel Adventure Mechanic: Essentially, this function allows you to enhance the game to increase your chances of winning and profit. When Mr. Monopoly strikes on Chance, a card will either activate the Free Spins feature or offer you a spin with the maximum MegaWays. In addition, every time Mr. Monopoly arrives on a property containing a home, another house is added to the mix. Mr. Monopoly might be a great help to you in this game!

In the bonus game, the Monopoly Megaways review team came out on top. It operates in the same manner as the main game, except that it uses your free spins. It is triggered when the Chance card is awarded or when the cascading winnings grant five homes to a property, converting it into a hotel. The hotel activates the extra game. Extra free spins and multipliers are awarded at train stops and utilities. For example, suppose Mr. Monopoly lands on a property containing homes, the multiplier increases. Thus, there is the possibility to win hundreds of thousands of dollars across thousands of paylines.

If you're searching for a slot to play while you're on the go, Monopoly Megaways is an excellent option. The game is available for Apple and Android devices via downloadable applications and mobile casino sites like NetBet casino.

Finally, there is the Free Spins function. This occurs when a fifth house is added to a property or when you land on chance. With the initial payout of 8 free spins, each additional house beyond the fifth and every owned train station will grant you an additional free spin. Every time you activate the Free Spins feature after the first time, you will receive three more free spins (for a total of 11 at the start). Furthermore, you start with a 1x multiplier that increases by 1 for each utility you acquire. Thus, the feature is known as the Unlimited Win Multiplier.

If you enjoy the traditional Monopoly board game or any other video slots in the genre, this game will undoubtedly become a long-time favorite of yours. Prepare to cash out huge winnings with a great combination of cascading reactions, megaways. Overall, this is a game that sticks out among other slots based on this board game. After reading this Monopoly Megaways slot review, we are sure you’ve gotten a thing or two to begin your quest.