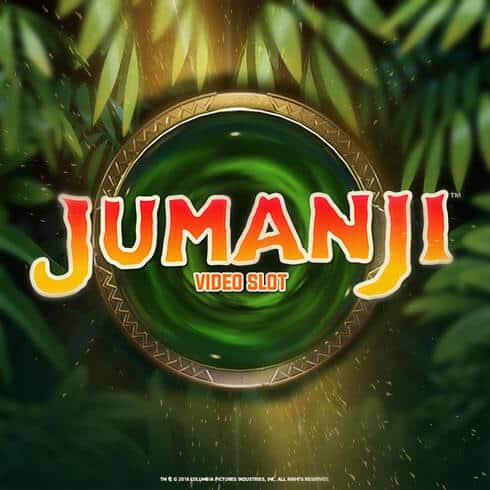 Inspired by the popular Jumanji film from 1995, the Jumanji online slot game includes 36 paylines and five reels organized geometrically from left to right. It is playable on any platform, including Mac, PC, and Android.

Inspired by the popular Jumanji film from 1995, the Jumanji online slot game includes 36 paylines and five reels organized geometrically from left to right. It is playable on any platform, including Mac, PC, and Android.

NetEnt, a major online gaming giant, undoubtedly gave this game some thought before releasing it in 2018. The slot game, like the movie, is round board themed, with players rolling a die "to make odd things happen." And if you're still not sure if this game is worth your time, our slot review will lead you on the correct path.

How To Play Jumanji Slot

We, at NetBet, were a little stunned to see that none of the movie's characters will feature among the symbols. On the other side, all of the dangerous creatures will be there, so keep an eye out for Lions, Monkeys, Pelicans, Crocodiles, Rhinoceroses, and man-eating Vines. Don't worry; they're not here to harm you; they're just here to assist you to win big. Playing cards represent Low-value symbols.

The Wild sign will substitute for all standard symbols, while the Scatter is the Jumanji board game, which activates the Board Game feature.

Roll the dice and move your figure to start one of four Free Spins features, get more rolls, win quick rewards, or begin the Mystery feature. When a successful combination is struck, you will be awarded ten free spins with respins in the Vines Free Spins feature.

With the Monsoon Wilds feature enabled, you will receive seven free spins with 1-2 Wild reels for each spin. With the Monkey Mayhem feature activated, the Monkey Free Spins feature awards six free spins, with the monkeys rearrange the reels for the most remarkable potential win in each free spin. In terms of the Stampede Free Spins feature, players can anticipate five free spins with the Wild Stampede feature, which means they may expect 4-9 Wilds on each spin.

The Mystery feature may award you with freebies, cash rewards ranging from 2 to 10 times your wager, and two more rolls with the Jumanji dice.

Jumanji offers an incredible nine distinct extra features for you to play, which should delight those who want their slots to be action-packed and exciting. The Wild sign, which may replace all other symbols save the scatter, is the first to be mentioned. This makes it helpful, so you'll want to see it whirling into view as frequently as possible.

Another intriguing feature is the ability to receive several payouts for a single winning combination. For instance, if you receive five-of-a-kind, you'll also win the four-of-a-kind reward and the three-of-a-kind prize. Jumanji RTP, volatility & hit frequency Jumanji has an RTP of 96.33 percent and low volatility, which means you'll win frequently but in little sums. The hit frequency is set to 24.6%. The extra features will allow you to boost the number of times you win.

We'd always wanted to play the Jumanji board game, but we were worried, like many others, that we wouldn't make it through alive. Fortunately for us, NetEnt chose to dedicate their release to a 1995 classic so that we may play without worry.

Crisp graphics and a captivating soundtrack will transport you to the board game, while the extra elements included providing lots of action and thrill, as well as incredible rewards. You'll be playing the 2018 release for hours, but keep an eye on your balance because the game has a habit of sucking it dry if you don't