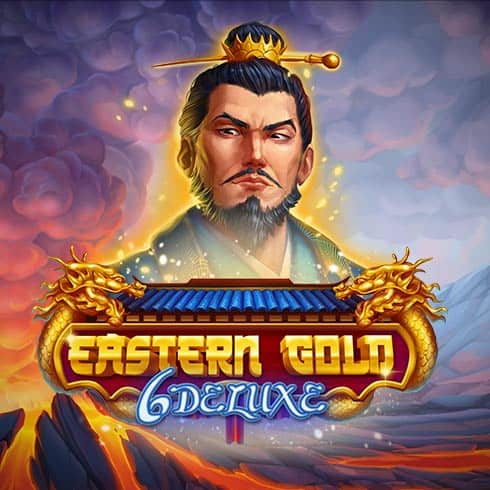 When playing slot machines, it's always an excellent time for an Asian narrative. G Games created the online slot game Eastern Gold Deluxe. It's a game where players may discover sophisticated graphics such as symbols with numerous details in different hues. There are also gold lines between the red reels. A fascinating scenery may be seen in the backdrop.

When playing slot games, it's always an excellent time for an Oriental narrative. G Games created the online slot game Eastern Gold Deluxe slot, a game where players may discover sophisticated graphics such as symbols with numerous details in different hues.

There are also gold lines between the red reels and some enchanting scenery may be seen in the backdrop. Eastern Gold Deluxe slot is a five-reel, five-payline slot machine. This online slot has seven basic symbols: four playing card images in different colours with an Oriental twist, a koi fish, a lantern, and a Chinese aristocrat.

They claim that if you've played one online slot, you'll know how to play them all. This regulation applies to Eastern Gold Deluxe slot as well. So, to play this title, you must first choose a bet. The ‘Play’ button is easy to spot — it's the most visible button on the screen and has two curving points.

When a player lands three dragon bonus icons on the first, third and fifth reels, they will be awarded 10 Eastern Gold Free Spins. As a result, the bonus game is limited to a round of Free Spins. However, an additional element has been introduced to the bonus - the gigantic symbols feature.

During Free Spins, a random giant symbol is chosen before each spin. One of the standard symbols will transform into a massive symbol covering all of the slots on the second, third, and fourth reels, covering nine places altogether and giving you the potential to scoop some big wins.

Every symbol on the reels may fall with a golden frame or glittering with gold, and when they do, they will each contribute to filling up the meter on the left-hand side. However, the meter resets between spins, so you must land gold symbols on every reel to win the top 5000x jackpot reward.

Hitting three, four, five, or six of the golden dragon bonus symbols anywhere within range will offer you 10, 15, 20, or 25 Free Spins, respectively. Throughout this round, one of the standard symbols will be chosen on every spin to land as a giant symbol, 33 icons, loading up reels two, three—four, and making massive wins a little simpler.

Most times, it is preferable to play slots in a horizontal screen position to provide the best gaming experience. Eastern Gold Deluxe slot is optimized for all Apple and Android devices, including tablets, iPads, iPhones, and smartphones.

A slot game's Return to Player percentage and volatility may reveal a lot about the frequency and amount of winnings. However, keep in mind that they are merely hypothetical signs. The Eastern Gold Deluxe slot RTP is 95 percent, which is in line with the industry average. When it comes to the game's volatility, though, G Games has chosen to keep this information secret. Browse a huge library of table and slot games at NetBet Casino.